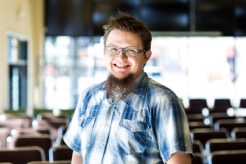 Jake helped plant River City in 2009. He currently serves in Establishing Vision, Leadership, and Teaching. Jake is married to Amy and they have five children. 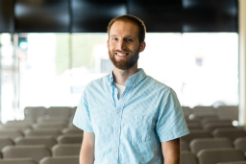 Devin came to River City in 2017. Devin has a love for Jesus and love for people. He is gifted at bringing the Truth of the Bible to bear in teaching and in 1-1 discipleship conversations. Devin also has a heart for rural North Dakota. Devin is married to his amazing wife Betsy and they have one son, Emmet. 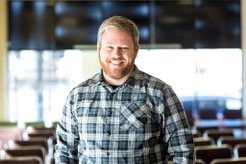 Charlie has served as an elder at River City since 2012. Charlie is passionate about bringing the Gospel to bear in caring for those who are harrassed and helpless. Charlie has known Jesus since November of 2007, has a lovely and gifted wife named Andrea, and three wonderfully crazy kids.

Bernt grew up in Moorhead, MN and moved away during college. That's when he met Jesus. He also met his wife Erin! Bernt grew and served in churches in the cities until God opened up an opporunity to move back to the Fargo/Moorhead area. Bernt currently serves as an elder candidate. Bernt is marries to Eirn and they have two kids.

Kyle has been at River City since 2012. He desires to help the church worship the Lord with all the gifts He has given. Kyle leads our Sunday morning worship in song along with a great team of servant leaders. Kyle is married to Penny and they have three kids.

Nicole and her family have been at River City since 2011. She brings an eye for detail and administrative skill to assist the staff in many ways. Nicole is married to Joe and they have three crazy kids.